With a growing number of smartphone users, the video gaming trend is accelerating its place leaving behind movies and televisions.

In the past few years, mobile devices have undergone notable changes. Their processors have become more powerful, and RAM sizes have increased at warp speed and screen sizes as well. This has brought them close to being competitive with PCs. But PC gaming has its own space which may not be replaced by any mobile gaming breakthroughs. The cross-platform approach seems to work well for increasing revenues instead.

As mobile gaming trending, smartphone companies are facing challenges to upgrade their system. Some reputed companies are now competing to improve their technologies as the gaming ecosystem is being advanced. Apart from other technologies, they are also confronting in terms of gaming specifications to gain a better user experience.

Buying a smartphone for gaming intent is somehow tough choice than buying for other purposes. Because the buyer has to consider so many things apart from the budget. What factors affect the performance of a gaming phone? Let’s talk about it.

Processors are the brain of the device, that handles heavy computation and logic behind the screen.

The fastest processor is an important part of any device. The good and well-built processor on your device gives you incredible speed and you can do multitasking, play heavy games without lagging.

The main components of processors or a System-on-a-Chip(SoC) are the CPU and GPU in a smartphone. The CPU or central processing unit, which is responsible for handling most of the functions you request through keys and touch-screen input. The CPU core count and clock speed or clock rate (CPU frequency) are the most important, the higher, the better. Processors with multiple CPU cores make it easier for a system to perform high-level functions simultaneously, meaning you can multitask on your smartphone without losing performance speed. Whereas, CPU frequency represents how rapidly a CPU can process data which is measured in the gigahertz. A higher frequency (bigger number) suggests better performance.

On the other hand, GPU, or a graphics processing unit handles graphical and visual data which lighten the load on the CPU as well. The GPU is paired with the CPU, which plays an important role in rendering the main display of the phone. The GPU would be responsible for the efficient calculation of graphical information for creating graphics, textures, and colors within the game. If you get a high-end CPU, you‘re going to get a high-end GPU, so there’s no real reason to choose a device based on its GPU.

RAM determines the processing capability a CPU can deliver to the device. If your mobile device or tablet has a small amount of RAM, you may find that it will start to slow down when you have opened and used lots of different applications at the same time. In conclusion for gaming consideration obviously the more the RAM the better.

The display is another crucial part which includes resolution, pixels per inch, and panel type. Perfect screen size along with a high aspect ratio is important. A higher resolution is better and what display type your phone or tablet uses can have a big effect on color reproduction and battery consumption. Pixels Per Inch (PPI) are a number that is directly calculated from the size and resolution of a display.

The battery can let you play the game for extended periods of time, so it is another important aspect. You can’t play comfortably while charging or don’t want to pop up a notification asking you to charge your phone while you are playing your favorite game.

Gaming sucks up a lot of battery power. So large battery with long back up and Fast charging gives you the option to quickly charge your phone and get back in the action.

Eventually, CUP and GPU performance are a vital part of gaming phones, though RAM is yet another factor that helps to improve the performance of the processor. Meanwhile, display matters while playing games because it includes resolution, pixels per inch, and panel type. 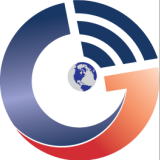 Articlespana.com is an online platform that shares useful information, ideas and stories about innovative technology, entrepreneurship, marketing, and entertainment world.